"To be, or not to be..." Poetry, sure, but also the dilemma faced by Schrodinger's cat. Meet Dava Sobel, who curates a magazine column where poetry blends with science.

"To be, or not to be..." Poetry, sure, but also the dilemma faced by Schrodinger's cat. Meet Dava Sobel, who curates a magazine column where poetry blends with science. (Both poetry and science have met Don and John, but they won't admit it...) 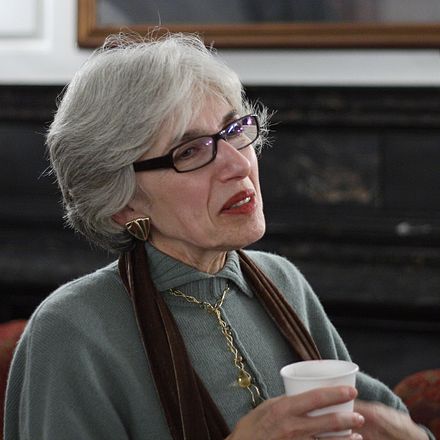 Dava Sobel, a former New York Times science reporter, is the author of Longitude (Walker 1995 and 2005, Penguin 1996), Galileo’s Daughter (Walker 1999 and 2011, Penguin 2000), The Planets (Viking 2005, Penguin 2006), A More Perfect Heaven (Walker / Bloomsbury 2011 and 2012), And the Sun Stood Still (Bloomsbury, 2016) and The Glass Universe (Viking, 2016). She has also co-authored six books, including Is Anyone Out There? with astronomer Frank Drake.
A longtime science contributor to Harvard Magazine, Audubon, Discover, Life, Omni, and The New Yorker, she wrote about leap seconds and the transit of Venus for the on-line Aeon.
Ms. Sobel received the 2001 Individual Public Service Award from the National Science Board “for fostering awareness of science and technology among broad segments of the general public.” Also in 2001, the Boston Museum of Science gave her its prestigious Bradford Washburn Award for her “outstanding contribution toward public understanding of science, appreciation of its fascination, and the vital roles it plays in all our lives.” In October 2004, in London, Ms. Sobel accepted the Harrison Medal from the Worshipful Company of Clockmakers, in recognition of her contribution to increasing awareness of the science of horology by the general public, through her writing and lecturing. In 2008 the Astronomical Society of the Pacific honored her with its Klumpke-Roberts Award for “increasing the public understanding and appreciation of astronomy.” Her 2014 Cultural Award from the Eduard Rhein Foundation in Germany commends her “for using her profound scientific knowledge and literary talent to combine facts with fiction by merging scientific adventures and human stories in order to give the history of science a human face.”
An occasional reviewer of books with science themes, Ms. Sobel edited the Ecco Press collection Best American Science Writing 2004. She has served as a judge for the Los Angeles Times Book Prizes, the Pulitzer Prize in general nonfiction, the PEN / E. O. Wilson Literary Science Writing Award, and the Lewis Thomas Prize conferred by Rockefeller University on scientists who distinguish themselves as authors.
She currently edits “Meter,” the monthly poetry column in Scientific American.