Bruce Betts, Chief Scientist of the Planetary Society, takes the Musical Innertube to Mars!  In an airplane!

(Please hum Star Trek theme) Bruce Betts, Chief Scientist of the Planetary Society, takes John and Don where no Musical Innertube has gone before (except maybe our first episode with Mat Kaplan)! To Mars!  In an airplane!

Check out The Planetary Society 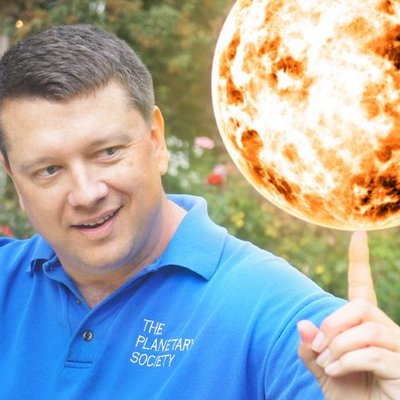 Dr. Bruce Betts is Chief Scientist and LightSail Program Manager for The Planetary Society, the world’s largest space interest group. Dr. Betts is a planetary scientist who earned a B.S. in physics and math and an M.S. in Applied Physics from Stanford and a Ph.D. in Planetary Science with a minor in Geology from Caltech. He spent several years with San Juan Institute/Planetary Science Institute as a Research Scientist, and later Senior Research Scientist. He studied planetary surfaces, including Mars, the Moon, and Jupiter’s moons, using infrared and other data, and published several scientific papers on these subjects. Dr. Betts spent three years at NASA headquarters managing planetary instrument development programs to design spacecraft science instruments.

At The Planetary Society, he has had copious project management experience, having managed a number of flight instrument (both science and public outreach) projects, including silica glass DVDs on the Mars Exploration Rovers and Phoenix lander carrying millions of names and Mars literature, the LIFE biology experiment that flew on the Russian Phobos sample return mission, and he led a NASA grant studying microrovers assisting human exploration. He is the Program Manager for The Planetary Society’s LightSail solar sail missions. He has also overseen or managed a number of additional projects designed to excite and involve the public in space exploration.

Dr. Betts is the author of Astronomy for Kids: How to Explore Outer Space with Binoculars, a Telescope, or Just Your Eyes! He regularly writes for The Planetary Society member magazine The Planetary Report, and on his blog on planetary.org. His twitter feed @RandomSpaceFact provides easy night sky astronomy and random space facts, and his Random Space Fact videos provide facts and humor in brief segments. He also co-hosts the "What's Up?" feature on the weekly Planetary Radio show (150 radio stations, XM/Sirius satellite radio, and podcast). He is a frequent guest on History Channel’s The Universe. Dr. Betts is an Adjunct Professor with California State University Dominguez Hills and his most recent Introduction to Astronomy and Planetary Science course is available for free online. He is an Alumnus Senior Scientist with Planetary Science Institute