What are the challenges facing radio newscasters in today's 24-hour, non-stop news cycle?  There are fewer of them, and there's more to do.  Join Don and John for a chat with WBAL Radio news anchor Robert Lang for some answers and a bit of speculation. 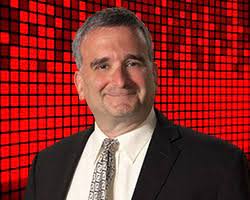 Robert Lang is the reporter and afternoon drive anchor for WBAL NewsRadio 1090 and FM 101.5. He is also the lead anchor of WBAL News Now at 6. He joined the station in July, 2004, and has served as a legislative reporter, political reporter, general assignment reporter, anchor and public affairs host for the station. He is a Baltimore native "living the dream" at his favorite hometown station. Robert has worked in radio and television news for more than 36 years starting in Wilmington, Delaware, then Watertown, New York and Harrisburg, Pennsylvania including five years as a Harrisburg bureau reporter for WGAL-TV. He is a lifetime Baltimore Orioles fan, and lives in Baltimore County with his wife Julie and their cat Jules2