She's performing in "Oklahoma" across the country. She's performing on Twitter and Instagram and TikTok on all your devices.  Here and now, Hannah Solow is appearing on the Musical Innertube!

She's performing in "Oklahoma" across the country. She's performing on Twitter and Instagram and TikTok on all your devices.  Here and now, Hannah Solow is appearing on the Musical Innertube! 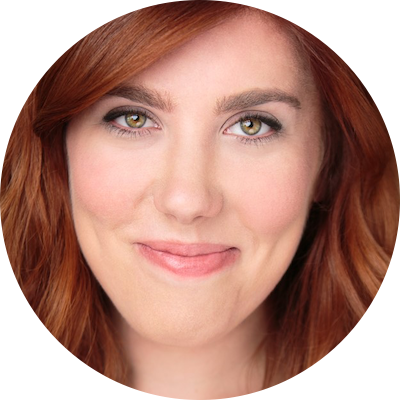 Hannah Solow is an NYC based actor, singer, writer, and dim sum enthusiast. She received her BFA in drama from New York University's Tisch School of the Arts and is a proud member of Actors' Equity Association. She has performed at The Public Theater, Jazz at Lincoln Center, the Orange County Performing Arts Center, and the Lucille Lortel (as a crocodile made of trash) among other places/basements. She recently performed on Broadway (!) at The Cort Theatre as the “understudy” to Mike Birbiglia in his show, The New One.
She performed every Monday at the Upright Citizen’s Brigade with musical improv team, Rumpleteaser, and monthly with house sketch team, BedRock. She has performed her original standup, characters and songs at Union Hall, Caroline’s, Club Cumming, Littlefield, and many more places/basements. You can also catch her running around town with Jon Wan, as their musical comedy cabaret duo, Kiko & Tuna, with the acclaimed musical improv group, Baby Wants Candy, or at the Delancey Street F stop singing "Defying Gravity" while waiting 20 minutes for a train.
She teaches improvisation to students pre-K through fifth grade in both Manhattan and Brooklyn. They are funnier than she is.