John and Don ask movie critic Carrie Rickey what films she'd recommend watching during the coronavirus lockdown. You'll hear about everything from current Netflix offerings to legendary silent films. And, to prove it's in the genes, Carrie's daughter weighs in about the latest Scooby-Doo movie! 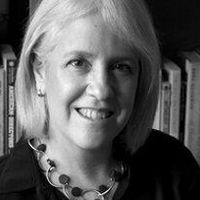 Carrie Rickey was born in Los Angeles during the widescreen era of movies and bagged a couple degrees from the University of California, San Diego in the years surfers traded longboards for short. She moved to New York just in time to read the headline Ford to City: Drop Dead and decamped as tabloids thus immortalized the passing of Andy Warhol: Platinum Prince of Pop Dies. During her New York years she wrote art criticism for Artforum and Art in America, film criticism for the Village Voice and Film Comment and was a columnist for Mademoiselle. For 25 years she was film critic of The Philadelphia Inquirer where she reviewed everything from Room With a View to Shame, interviewed celebrities from Lillian Gish to Will Smith, and reported on technological breakthroughs from the rise of video to the introduction of movies on-demand. She has taught at various institutions including School of the Art Institute of Chicago and the University of Pennsylvania, is a popular speaker and has appeared frequently on NPR’s Talk of the Nation, MSNBC and CNN.