Its world premiere took place on Thanksgiving Day-now it's your turn to experience "False Pretenses," Andrew Fountain's debut feature. Listen as Andrew talks about making the film, then go to the website to watch it!

Its world premiere took place on Thanksgiving Day -- now it's your turn to experience "False Pretenses," Andrew Fountain's debut feature. Listen here as Andrew talks about making the film, then go to FalsePretensestheMovie.com to watch it! 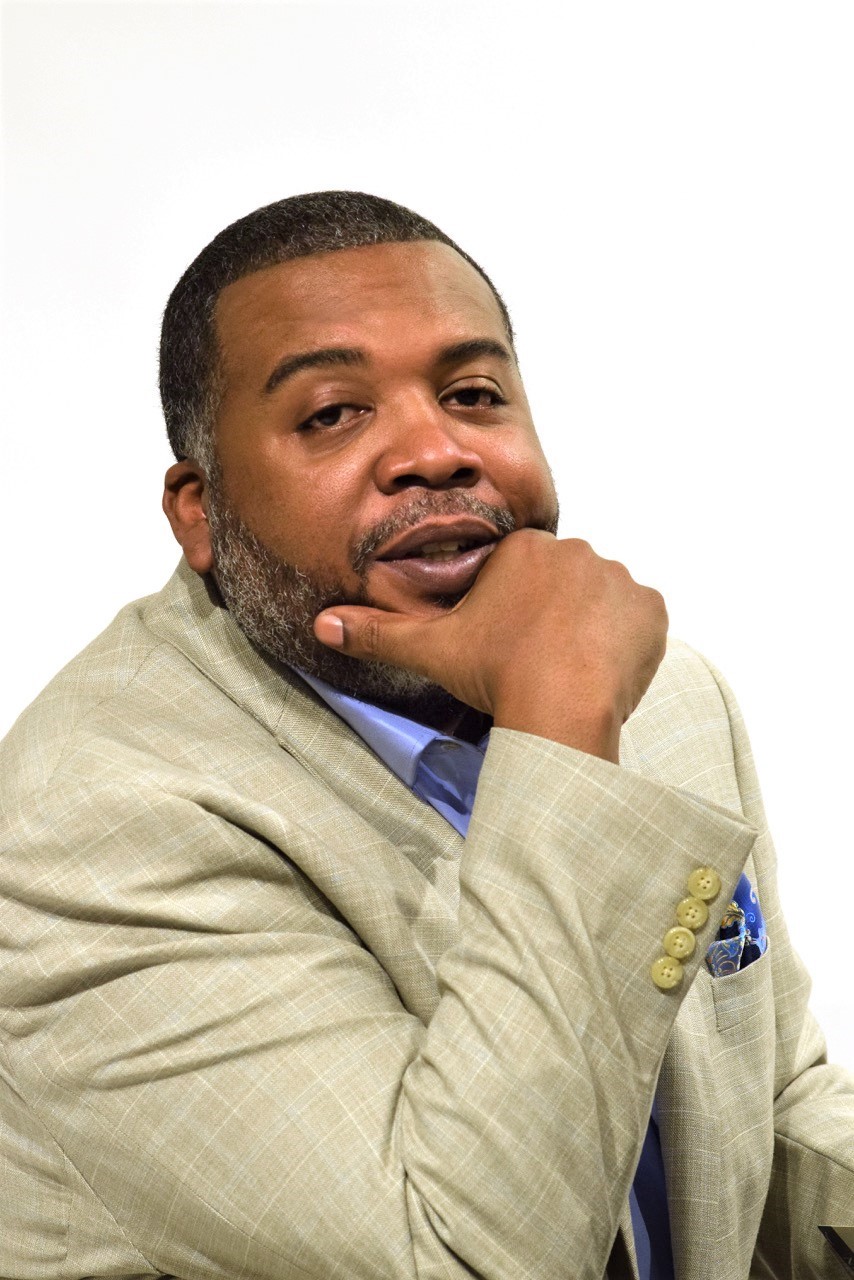 Andrew J. Fountain is a director, writer and producer residing in Philadelphia. He
founded Twelve 3 Productions to use films and tell stories he rarely saw as a young, Black man growing up in Harrisburg. He became especially fond of murder-mysteries from watching entertaining “whodunit” television shows with his parents.

Known for his ability to use humor to address serious matters, Andrew has a lifetime of material to transform from his years of successfully and sometimes unsuccessfully navigating the many worlds confronting a young, Black man in an often-unfriendly world.

In 2017, he faced two common, but life-changing events - divorce and the loss of his long-time retail employment. These two events compelled him to break the chains of doubt and propelled him to act on his lifelong dream of producing movies.

Andrew’s first short, No Cash Refunds premiered in Philadelphia’s famed 5 Shorts program and was recognized as an audience favorite bringing laughter and recognition to the cast, crew, and the executive producer. Wanting to give an honest exploration of America’s treatment of Black women through the lens of Black men, Andrew produced Queens, a short film selected for the New York Hip-Hop Film Festival.

In 2020 for his 42nd birthday, Andrew flew to Atlanta and visited Tyler Perry’s studios.
Although he was denied access onto the studio lot, just being at the site allowed him to witness the power of faith, commitment, and success by one of America’s most successful film makers.

Whether exploring his youthful indiscretions, life’s big questions about faith or the meaning of life or examining the interactions among males and females, Andrew fountain brings a wealth of experiences to the art world of film and will cause audience members to laugh, think, talk, and then do it all over again.

Andrew is grateful to God for the support he has received from his family, his lifelong friends, and for those who helped clear the pathway for him.